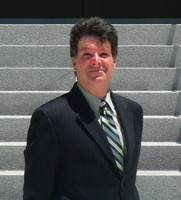 I have been practicing law for nearly 30 years. I enjoy the fight. I represent my clients with all the zeal necessary, within the ethical and professional boundaries of the law, to achieve the best result possible. To do otherwise would be an injustice to my clients. My practice is primarily in Criminal Defense, Pet Law, and Sports/Agent Law.


I am proud of my law school. California Western School of Law is the center of the Southern California Innocence Project. It is considered one of the best Innocence Projects in the Country. The program is dedicated to releasing wrongfully convicted inmates. “60 Minutes” recently aired the case of Brian Banks, who was wrongfully convicted of Rape. Through the innocence project he was finally released after serving 5 and half years in prison. Brian Banks joined the Atlanta Falcons in hopes of getting his football career back on track. www.californiainnocenceproject.org

The facts and circumstances of your case may differ from the matters in which results have been provided.
All results of cases handled by the lawyer or firm have not been provided.
The results provided are not necessarily representative of results obtained by the lawyer or firm or of the experience of all clients or others with the lawyers or firm. Every case is different, and each client’s case must be evaluated and handled on its own merits.