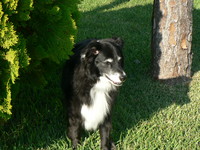 I started practicing Pet law and Animal law 20 years ago. I was one of the first lawyers in Florida and the United States to do so. I can honestly say all those clients; dogs, cats and horses are totally innocent. From 1996 until 2002 I wrote a legal column called entitled "Florida Pets in Court" in the Florida Tribune, where I discussed many topics including Florida Pet Lemon Law, Equine Law, and Animal Rights. I have been featured in news shows and other documentaries on television, and radio regarding pet and animal law.

Due to the over-whelming number of telephone calls in the area of Animal Law; I will no longer be able to offer free consultation. This Law Firm recognizes the current economic struggles that we all face and with that in mind for a small fee of $45.00, by credit card, I will consult with you regarding your pet law issues, for up to 30 minutes, or I will respond to your email of 200 words or less. If you choose to hire this Law Firm for your Animal law case, this $45.00 will be applied towards the retainer agreement. Please go to the On-line payment section of this website.

Value of Pets in Tort Actions